State of the writer address

Okay, I’ll start by not apologizing for my failure to post in a while.

Or the I ain’t dead line either.

Instead lets move straight on to what have I been up to. In short a lot, most of it entirely personal and on the whole most of it positive or at least status indeterminate. However it has ate into my time for writing but that said I have managed to get some things done.

Firstly my second ships of the fleet book is about 70% done. This one is going to be covering the cruisers through and shortly after the Contact War. I have one more model to do, then check the write ups match the designs and then do the final images. ETA Before June (unless real life intrudes)

Second up we have my time travel piece. I’m not sure yet whether this is going to be novella or short novel (yes there is a difference [no I don’t know exactly what it is] ) ETA? Well with time travel this image probably sums it up: 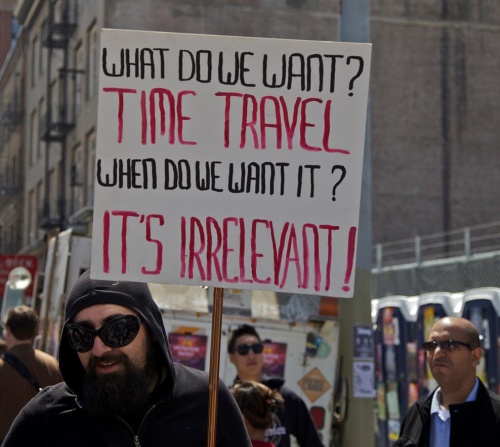 Finally we have an on going project relating to my other main hobby – table top wargaming. A friend and myself have been modifying a science fiction rule-set into one for World War Two, covering platoon to company scale games for 15mm figures. If you don’t game then that sentence probably meant absolutely nothing to you. While by this stage there’s not a hell of a lot left of the original rules  odds are this one will remain a private project since there would be copywrite issues but you never know.

What you be seeing here in the future is some samples of the new Ships of the Fleet book to replace the earlier attempts.